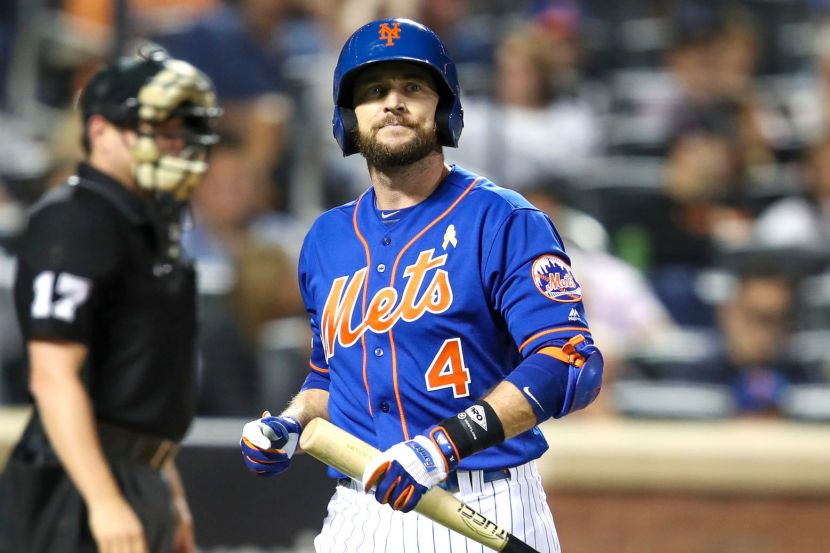 One of the biggest moves the Mets made last offseason was inking Jed Lowrie to a two-year $20 million contract. Lowrie was coming off an All-Star season with the Oakland Athletics, and he was expected to fill an important role around the infield at various positions due to his defensive versatility. At this point nothing has turned out as planned at all for the Mets, as Lowrie only made a total of 8 pinch-hit plate appearances last season, due to battling a wide variety of lower body injuries that nobody could have forseen. Well I’ll rephrase that, only that Mets fans could have forseen a free agent addition go down to injury, as this is pretty routine for us at this point.

Fast forward to Februrary 19, 2020 and Lowrie has been wearing a rather large knee brace early on in Spring Training, and at this point there is no clear timetable when he will be ready for live game action. Mets General Manager Brodie Van Wagenen had spoken to Gary Apple of SNY, and stated, “The brace has allowed him to do his rehab, it’s allowed him to do strength work, it’s allowed him to do baseball activities. Now we’re gonna try to see how that brace can correlate into competition.”

The 35-year old Lowrie has been participating in full squad workouts and according to manager Luis Rojas, he has had “no limitations” and had claimed Lowrie was a full go for practice, when speaking to reporter Deesha Thorsar of the New York Daily News earlier this week. Now many Mets fans are left scratching their heads on when we can expect Lowrie to be penciled in the lineup, and wondering whether he will be sporting that large brace that covers his entire leg in game action. If he is sporting that brace how does that affect his mobility? There are still so many questions to be answered, despite the information given by BVW and Rojas.

Plain and simple the Mets aren’t going to play Lowrie until he is 100% or at least somewhat close to that. But if and when he is ready to play, the best case scenario is the Mets are going to have options aplenty. Lowrie can fill in at shortstop, second base, and third base on any given night. The games that he is not in the lineup he can provide value as a late inning defensive replacement or a solid bat off the bench. Let’s not forget he had a really good on-base-percentage of .360 in 2017 and .353 in 2018 with the Athletics. Lowrie also provided really solid Wins Above Replacement numbers with the A’s, as he had a 3.6 WAR in 2017 and a 5.0 WAR in 2018 as a full-time player. There is also the case of injuries, and the Mets are no stranger to injuries. Having Jed Lowrie as an option on the roster to slide in the everyday lineup in case an infielder goes down with injury (and it will happen), only further strengthens the argument of how deep this 2020 Mets roster currently is.

The Mets also have the option to deal from a position of strength. At some point this season if Lowrie proves he’s healthy, and prove he can still play at the level the front office had envisioned when inking him to the two-year deal last offseason, the Mets will likely have some suitors. It’s a great problem to have especially if the Mets have a position of need they are looking to fill either prior to or during the regular season. Lowrie may be their biggest trade chip avaliable on the active roster aside from Dominic Smith.

Much of this could be wishful thinking, as none of us know if and when Lowrie will return to the Mets ready to play in meaningful games. There is also no telling if he’s still the same player he was prior to basically sitting out almost an entire year with injury, and now approaching 36-years old. Just as we left off in September 2019, the curious case of Jed Lowrie continues into the spring of 2020.