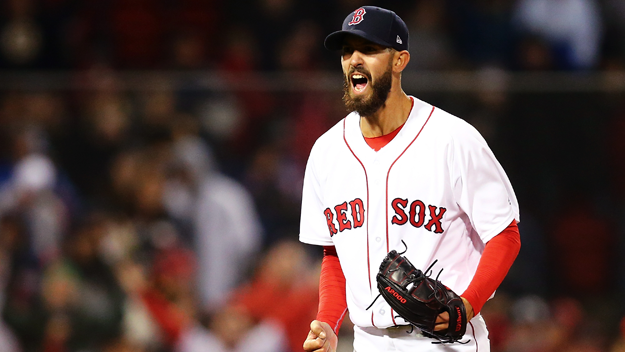 For the most part over the past couple of seasons, the Mets have struggled to get consistent results from the 5th spot in their starting rotation. With the likes of Jason Vargas, Chris Flexen, Wilmer Font, Corey Oswalt, among others, the back end of the Mets rotation has yielded disapointing results. Enter Rick Porcello, who not only grew up a Mets fan, but who looks to slide into the 5th spot of the Mets starting rotation. Porcello signed a one-year $10 million deal this offseason to fill the void left in the rotation by recently departed Zack Wheeler. While the 31-year old has not been the same pitcher who won the Cy Young back in 2016 with the Boston Red Sox, Porcello brings some intangibles to this starting rotation, that could benefit the Mets this season.

First and foremost, with Porcello joining the Mets staff this season, the Mets will boast two Cy Young Award winners in their starting rotation. That in itself is a fun stat! Secondily, the Mets are adding a proven veteran who has won a World Series Championship to their rotation. While the Mets have been to the Fall Classic with DeGrom, Syndergaard, and Matz back in 2015, having a proven veteran who’s been there and won, can go a long way in helping shape the culture this season. Let us not forget this is also a largely inexperienced coaching staff, minus Hensley Meulens. Another big benefit in Porcello’s favor, is he will be moving from the American League to the National League, where pitchers seem to get a new lease on life when making the switch.

The Mets don’t need Porcello, to be Zack Wheeler. What the Mets need is a consistent innings eater, which Porcello has proven to be in the past, who can take the mound every fifth day, and keep the Mets in the ball game. Over the last four seasons, Porcello has at least made 30 starts, and averaged close to 200 innings pitched each of those seasons (198 innings on average to be precise). This is something the Mets have had not the luxury of having in the back of their rotation the last couple of seasons. Porcello also has fared fairly well against the National League East in his career. In 13 career starts against National League East opponents (Nationals, Marlins, Braves, and Phillies), Porcello holds a career 3.39 ERA in 79 innings pitched. If you want to go the sabermetrics route, his career WHIP in those starts is a sparkling 1.171, which is a great rating when referencing a WHIP chart. All in all, Porcello has proven to hold his own against the opponents the Mets will be seeing on a consistent basis.

Once again nobody should be looking at Porcello to replace Zack Wheeler. Let’s look at Porcello as an upgrade on Jason Vargas who was in and out of the Mets rotation for various reasons the better part of the last two seasons. Porcello brings an average fastball velocity that is 7 mph higher than Vargas’, and is 6 years younger with a better pedigree. If Porcello can put a season together with an ERA that hovers just under 4, and makes around 30 starts with over 200 innings pitched, the Mets will be sitting pretty come October. Porcello also will be staring at multiple multi-year contract offers in his future next offseason.