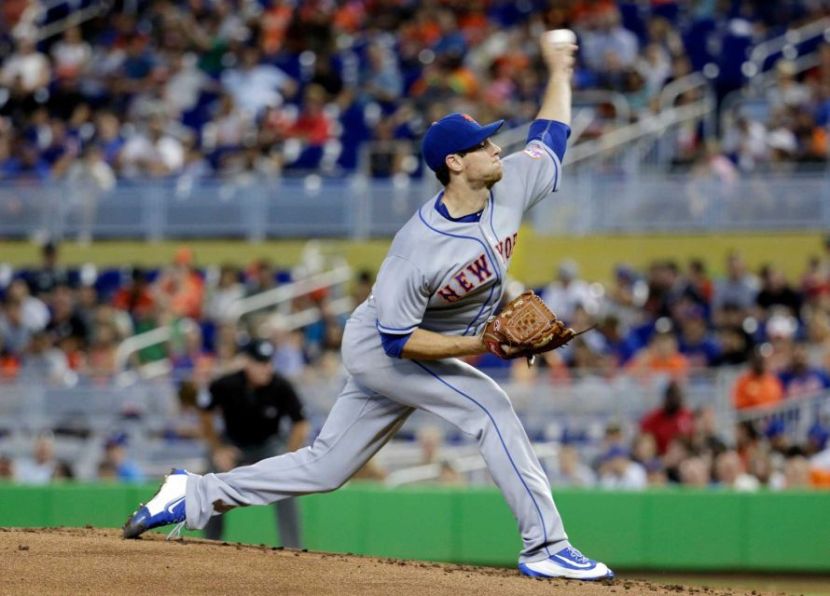 A huge win for the Mets this afternoon and an even bigger series win against the Marlins. The Mets who are currently neck and neck with the Marlins for the second wild card spot, as well as battling for second place behind the Nationals, couldn’t afford to drop this series and fall further back in the standings. Once again a very big win today no other way around it, especially in the demoralizing fashion the Mets lost in last night. The Mets now trail the Marlins by a half-game in both standings.

Michael Conforto made his first start in center field for the Mets and on the first ball off the bat of a Marlins hitter, the ball headed straight towards Conforto. The 23-year old outfielder made a highlight reel of a catch that would make Juan Lagares proud and immediately established his identity in center field. Steven Matz reaction after the catch was priceless. Conforto also had a nice day at the plate with two hits and a run scored. Manager Terry Collins wants to get Conforto’s bat in the lineup to help the sluggish offense, and if Conforto could produce offensively as he did earlier this season he will find his name in the lineup card more often.

Jeurys Familia had a stress-free ninth inning to pick up his 35th save of the season and he also tied Jose Valverde for third place with 51 straight consecutive saves. Familia’s historic run has been such a welcome sight of stability for the Mets bullpen that has been solid all season. Speaking of great pitching performances, Steven Matz gave the Mets a great start this afternoon, as he picked up his first victory since May 25th. The Mets will need more starts like this down the stretch from Matz to help fortify the rotation after the loss of Matt Harvey for the season. I believe he has the talent and stuff to be a big factor for this team down the stretch.