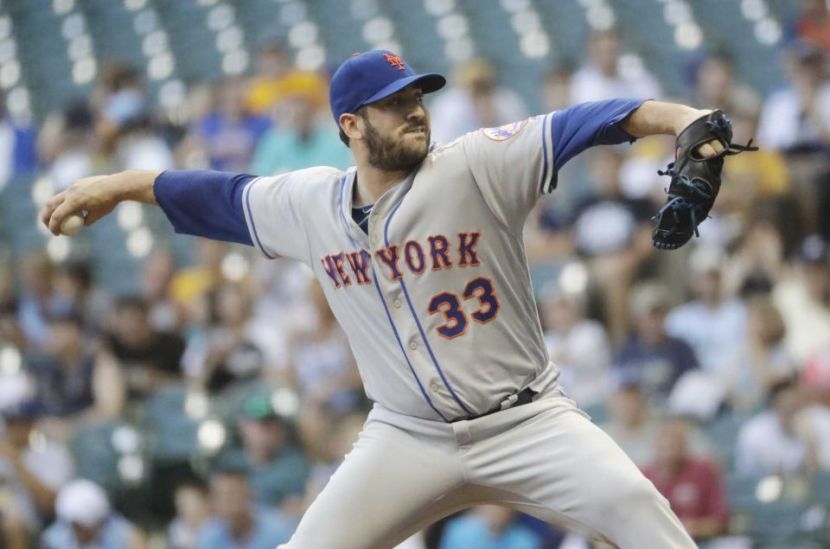 Matt Harvey helped propel the Mets to a 2-1 victory in last night’s extra inning affair. Harvey turned in his third straight strong start allowing one run or fewer, and has seen his ERA dip from 6.08 to 4.66. Over those past three starts Harvey holds an era of 0.90. Harvey pitched six innings while allowing only one run on two hits, with eight strikeouts. Harvey also only walked two batters. While Harvey didn’t have his high speed fastball hitting 97, he was able to keep it up in the zone, and mix in his other pitches fantastically to keep Brewers hitters off-balance.

It has been quite the turnaround for Harvey after Mets fans were calling for his head two weeks ago, and were campaigning for Harvey to be demoted to the minors. If the Dark Knight has reverted back to his normal ways, this makes the Mets rotation even more scary than it has been this season. Harvey was supposed to be the anchor to this rotation coming into the season, as he was the projected number one starter, and was coming off of a sensational season following Tommy John Surgery. The Mets have been winning without their number one pitcher pitching like a number one pitcher, and that is impressive. Harvey’s current performance just adds to the depth of the Mets rich rotation. Harvey’s confidence looks to be coming back, and he looks like he has control of all of his pitches again. It looks like he is just throwing and not overthinking every pitch. A great sight to see for Mets fans everywhere.

The Mets offense was nothing short of disastrous last night. Besides Yoenis Cespedes home run to tie the game at 1, the Mets squandered multiple bases loaded opportunities and ended up winning the game on a botched double play, which could be considered one of the weirdest plays of the season thus far. The Mets once again served Harvey with a lack of run support, despite belting out ten hits last night. The team was 1-12 with runners in scoring position, and the Mets are going to have to figure out a way to drive in those runners on base. It’s concerning to say the least watching this team constantly put runners on base and not finding ways to drive them in. Today, the Mets will face one of the worst pitchers in baseball this season in Brewers right-hander Wily Peralta. Let’s see if the Mets learned anything from last night and can execute offensively this afternoon.