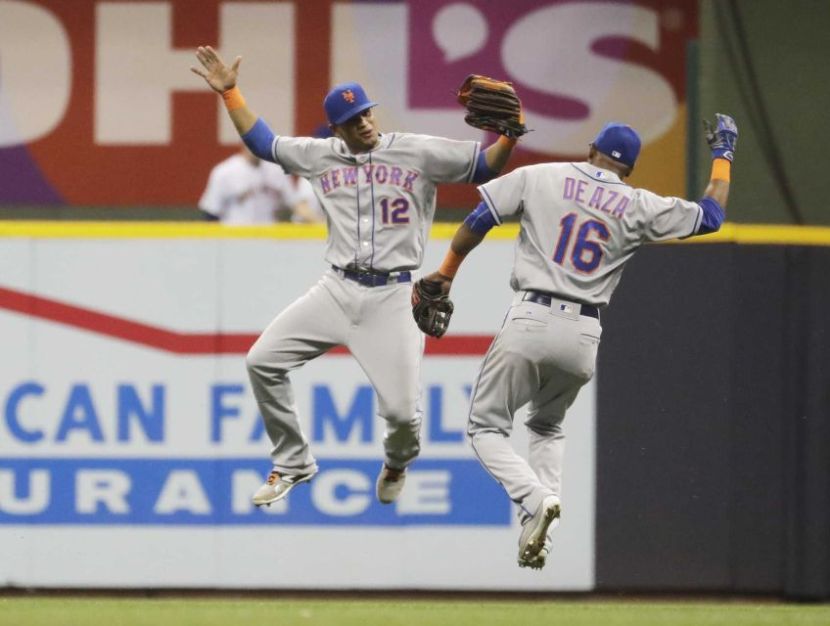 Today’s game can be seen on WPIX.

METS-BREWERS NOTES: The Mets .617 career winning percentage in Milwaukee is the club’s highest vs. any NL team on the road…New York has won six in a row vs. Milwaukee dating to 2015 and eight of its last 10 match-ups…The Mets swept the Brewers in a three-game series, May 20-22, earlier this year at Citi Field and are 5-0 vs. Milwaukee this season.

ROAD WARRIORS: New York is 19-14 away from Citi Field…The 19 road wins are tied for the second-most in the majors…The Cubs are first with 21…The Mets are 5-2-3 in road series this year.

CLOSER BY NATURE: Jeurys Familia Has 21 saves, the most in the majors… Is 21-21 in save opportunities in 2016…Familia has saved 37 consecutive games in the regular season dating to August 1, 2015, extending a franchise-record…It is the second-longest active streak in the major leagues (Arizona’s Brad Ziegler has saved 39 straight opportunities)…Familia’s 21 consecutive saves to open the season is the second-longest streak to open a season in franchise history, (Armando Benitez, 24 in 2001).

GO WITH THE FLO: Wilmer Flores is hitting .500 (13-26) with three runs scored, three doubles and two RBI in eight games since replacing David Wright as the starting third baseman…Flores has had back-to- back three-hit games vs. the Brewers, and it marks the second time in Flores’ career he’s had consecutive games with three hits or more hits.

CLUTCH BAT: Matt Reynolds has three career RBI and two have been game-winning RBI, including last night…He also had the go- ahead RBI in the eighth inning on June 4 at Miami…Reynolds is 3-for-his-last-5 with three RBI as a pinch-hitter.

LOGAN VERRETT: Is making his fourth start of the year…Has appeared in 15 games in relief…Verrett’s other spot starts came on April 13 vs. Miami, April 19 at Philadelphia and May 14 at Colorado…Verrett has gone 0-3 with a 6.00 ERA since May 14…He had a career-high 16.1 scoreless inning streak from April 13-26…Has faced the Brewers once in his career in a relief appearance on June 24, 2015 in Milwaukee…Pitched two scoreless innings, struck out one and walked one…Retired six of the seven batters that he faced in the relief appearance.

METS VS. PERALTA: Peralta made a start against the Mets at Citi Field back on May 20 and was charged with the loss, after he allowed 3 runs on 6 hits, in 5.2 innings…Peralta struck out 6 and walked 2…Peralta overall holds an all-time 3-2 record against the Mets in 5 starts with a 3.23 ERA…Notable numbers against Peralta are posted below…