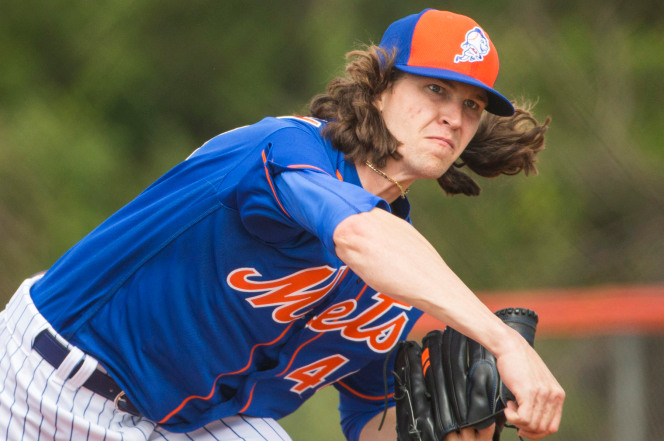 ESPN New York’s Adam Rubin is reporting this morning that the New York Mets plan to start Jacob deGrom on their home opener April 8th against the Philadelphia Phillies. This move would be made in order to accommodate deGrom and his wife, who are expecting a child during the first series of the season against Kansas City. It is also expected the organization wants deGrom to pitch the big home opener at Citi Field, since he would not be pitching on Opening Night.

This development means Noah Syndergaard will get the start in the second game of the season against the Kansas City Royals. Lefty Steven Matz is expected to follow Syndergaard in relief in that game against the Royals as well. Matt Harvey will face Royals right-hander Edinson Volquez on Opening Night this Sunday.