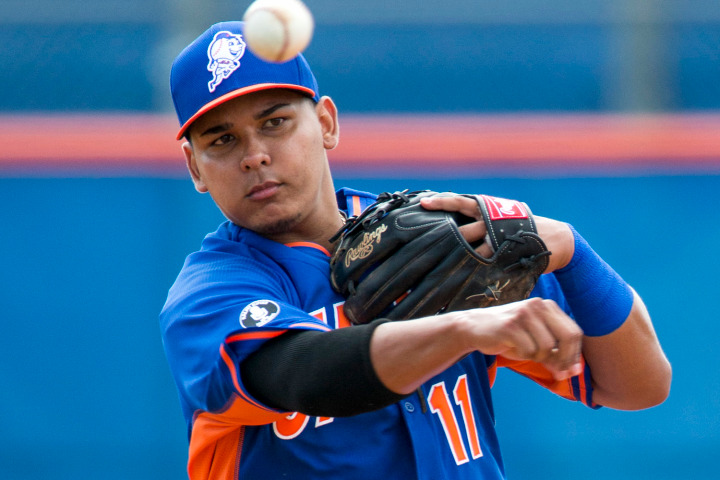 ESPN New York’s Adam Rubin is reporting that the New York Mets have placed shortstop Ruben Tejada on waivers this morning. There has been no comment made by General Manager Sandy Alderson as teams can’t discuss players on waivers. Tejada was reportedly on today’s travel roster to Jupiter to face the Marlins but his bag was never put on the team bus.

This move can be looked at as a move the Mets wanted to make for the sake of Tejada’s salary, as it was no longer a fit with the amount of depth the Mets have at shortstop. Tejada was due to be paid $3 million this season if he made the team, but due to the Mets making this move 15 days or more before Opening Night, the Mets are only responsible for $500,000 of his salary.

Asdrubal Cabrera will more than likely be back by the second week of the regular season, and until then Wilmer Flores and Matt Reynolds, will be capable of handling the shortstop position. Reynolds may get the majority of starts at shortstop during Spring Training, as Flores has been filling in at third base, while David Wright has been out of the lineup. Flores had shown improvement defensively at shortstop last season as the season wore on.

For Tejada, it’s a tough way to end his career in a Mets uniform. Tejada was pegged as the replacement to Jose Reyes, when Reyes left to the Miami Marlins, and Tejada struggled with consistency on and off the field. When Tejada’s leg was broken on the Chase Utley slide last postseason, this team rallied around Tejada, and Ruben came into camp  determined and in the best shape anyone in the organization had seen him in before. Tejada proving he is healthy this spring after the gruesome injury he suffered, helps his prospects of landing another job soon.  The St. Louis Cardinals who have an area of need at shortstop, figure to show the most interest.