Right-handed pitcher Zack Wheeler was diagnosed today by Dr. James Andrews with a mild strained flexor muscle, after suffering yet another setback after his first rehab start on August 6th. Wheeler complained about discomfort in his elbow shortly after his rehab start and was shut down until he met with Dr. Andrews. Unfortunately Wheeler will continue to be shut down for the next two weeks as he will receive a platelet-rich plasma injection, and then it will be determined whether Wheeler will throw again this season.

While the good news is that Wheeler has no structural damage with the recently repaired elbow, it is highly doubtful that we will see the 26-year old right-hander with the big league club this season. Wheeler has suffered numerous setbacks this season including nerve irritation and an undissolved stitch in his elbow which has delayed his original July 1st return date. Assistant GM John Ricco acknowledged that time is no longer on Wheeler’s side but did not deny that he could resume pitching this season.  While the Mets could certainly use Wheeler this season, I believe the best course of action would be to shut Wheeler down for the rest of the season and start fresh next spring.

The Mets more likely than not will head into Spring Training next season with two question marks in the starting rotation with both Matt Harvey and Zack Wheeler coming off of injury. With Noah Syndergaard and Steven Matz also likely undergoing a bone spur operation in the offseason as well, the health of the pitching staff will be something that will continued to be monitored all of next season. 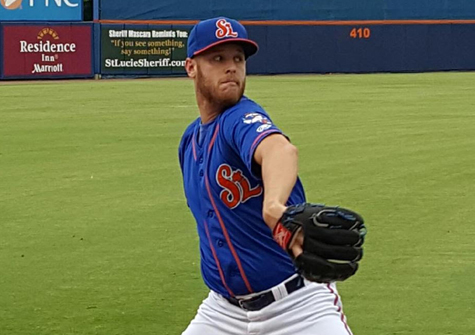 Last night right-hander Zack Wheeler pitched in his first rehab game since undergoing Tommy John surgery last March. The 26-year old pitcher threw only 17 pitches for the St. Lucie Mets as his start was cut short due to a rain delay. Wheeler allowed an unearned run as well as a walk in his lone inning of work. He also was reportedly hitting 90-96 mph last night which is an encouraging sign as well as he works his way back to the Mets rotation.

Wheeler will make another start sometime this upcoming week, and he is on track to join the Mets rotation during the first week of September at the latest. The Mets could certainly use Wheeler’s presence in the rotation, as the Mets are currently internally discussing whether to boot Logan Verrett from the rotation after his disappointing start last night. Since Verrett has taken over for the injured Matt Harvey in the Mets rotation he has posted a 5.61 ERA in six starts. It is unclear as of right now who would replace Verrett in the rotation, but that spot will certainly go to Wheeler when he is ready to be activated by the end of the month.

The day is finally here Mets fans! We have been patiently waiting for Zack Wheeler to face live hitters since June, and I’m sure Wheeler has been just as antsy to begin facing hitters as well. Today marks the first time Wheeler will face live hitting since undergoing Tommy John surgery back in March of last year.

Hopefully Wheeler can begin a rehab assignment within the next week, and if he does that would place him back in the Mets rotation at the beginning of September. You would expect the Mets to give Wheeler the full 30 days to get back into form and he could provide a boost to the Mets rotation down the stretch. Barring a trade, Logan Verrett will continue to occupy the fifth spot in the Mets rotation until Wheeler is ready.

(*UPDATE: 11:34 am): Wheeler threw a successful session as he reported no problems and seemed to be hitting 90-93 mph according to the New York Post’s Joel Sherman. He will probably throw again sometime this week and then be sent on a rehab assignment barring any sort of setback.

(*UPDATE: 6:19 pm): Wheeler will begin his rehab assignment this Saturday.

NEW YORK, NY – MAY 01: Juan Lagares #12 of the New York Mets bats against the San Francisco Giants at Citi Field on May 1, 2016 in the Flushing neighborhood of the Queens borough of New York City. San Francisco won the game 6-1. (Photo by G Fiume/Getty Images)

General Manager Sandy Alderson revealed some good news regarding two of the Mets young aces prior to tonight’s game.

Left-hander Steven Matz’s left elbow/forearm was deemed structurally sound, as tests revealed no ligament damage after visiting doctors at the Hospital for Special Surgery in New York yesterday. Matz received a cortisone injection by doctors and is expected to throw a bullpen session tomorrow, with his next start coming on Friday night against the Milwaukee Brewers. Matz originally felt discomfort in his left arm last week and had his start skipped on Saturday as a precaution. Matz was originally scheduled to start this Thursday as well, but his start will be pushed back a day to give him extra time to heal. All in all it’s great news for Matz, as any injury revolving around the elbow or forearm of the pitching arm is usually never good news. Matz and the Mets have avoided any serious injury that may have been in the back of everyone person’s mind leading up to today. Hopefully the long layoff does not throw Matz off his recent groove, as he had ten days between his last spring training start and his first start of the regular season in April and we saw how that ended.

Zack Wheeler also is still scheduled to make his season debut on July 1st for the Mets, despite having a procedure in April to remove a stitch that never dissolved in his surgically repaired elbow. Alderson believes that Wheeler can’t afford to have any other setbacks in his schedule to make the July 1st date, but the way things are looking right now he’s on the right track.

Mike Puma of the New York Post is reporting that right-hander Zack Wheeler is beginning to ramp up towards his “spring training” in the next two weeks. Wheeler is still currently on schedule to make an early July return to the Mets rotation. Wheeler is currently rehabbing from a Tommy John operation that occurred in March 2015. Wheeler’s 60-Day DL expiration date is May 31st, which would make you believe he will begin pitching in rehab games shortly after for the next thirty days, which indeed places him at an early July return.

Bartolo Colon who has filled in admirably for the Mets in Wheeler’s place, is expected to pitch out of the bullpen once Wheeler returns. He has posted an exceptional 3-1 record, with a 2.82 ERA in seven appearances (six starts) this season. Colon who pitched out of the bullpen last postseason, is also expected to make spot-starts for the Mets down the stretch of the season.

Wheeler’s return will be a huge addition for the Mets already loaded rotation. In Wheeler’s last season dating back to 2014, he posted an 11-11 record with a 3.54 ERA while posting 187 strikeouts. Wheeler also had pitched that memorable complete-game shutout against the Miami Marlins during the 2014 season. It’s hard to imagine the Mets rotation getting any better than it already is, but another top-flight ace will be added to the equation in July. 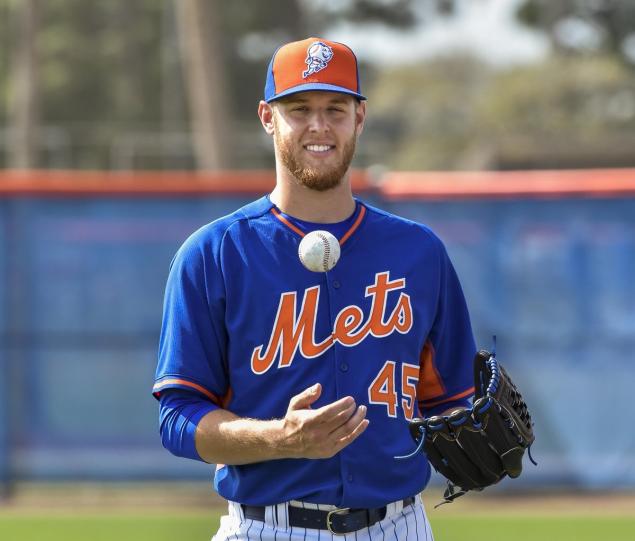 ESPN New York’s Adam Rubin is reporting that Zack Wheeler is expected undergo a minor procedure on his elbow to remove an undissolved stitch from last year’s Tommy John Surgery. This operation is considered minor in nature and he will resume his normal pitching activities within two weeks after the wound is healed.

Both Wheeler and Edgin had been examined in New York yesterday, and besides the stitch problem, Wheeler’s MRI came back clean and Edgin was given a clean bill of health.

A huge sigh of relief for Mets fans as any surgery involving the elbow is never good, but this is simply to remove a stitch off of the surgically repaired elbow of Wheeler’s. It is about as minor of a surgery any baseball player could have on their elbow. Wheeler is still expected to make his debut on July 1st, although there is a slim chance that may be pushed back to mid-July with the procedure. He will also be on hand this afternoon, along with Edgin for the Mets pre-game NL Championship ceremony.