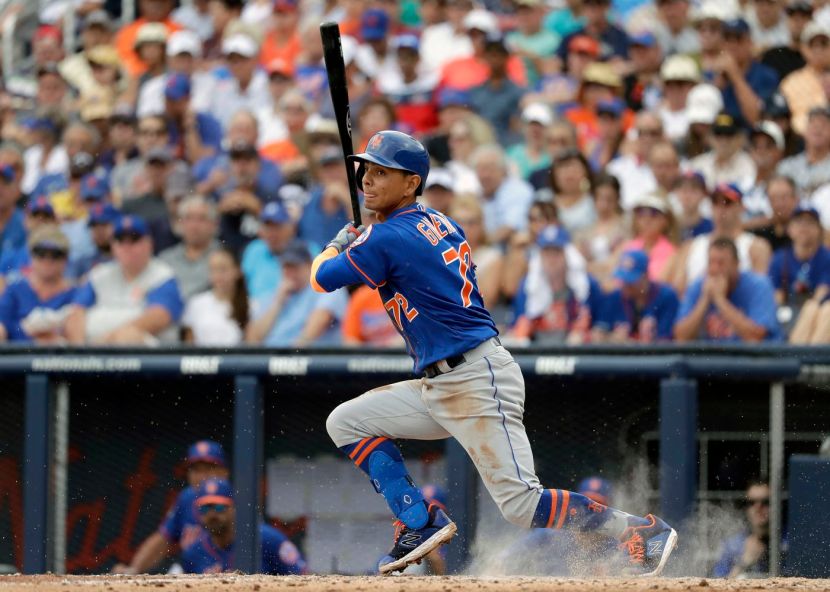 For the most part the Mets starting lineup, starting rotation, and most of the bullpen is set, barring any sort of injury during Spring Training 2.0. However there are still a couple of bench spots that could be up for grabs, as well as a couple of potential back end spots in the bullpen avaliable for Opening Day. I’m also under the assumption that the Mets will put a few of their top prospects on their taxi squad in order to avoid stunting any development due to no Minor League baseball occuring this season, as well as having them avaliable in case a need arises due to injury during this abbreviated season. Let’s take a look at a few of the top prospects who may make it up to the Major Leagues at some point during this 2020 campaign. 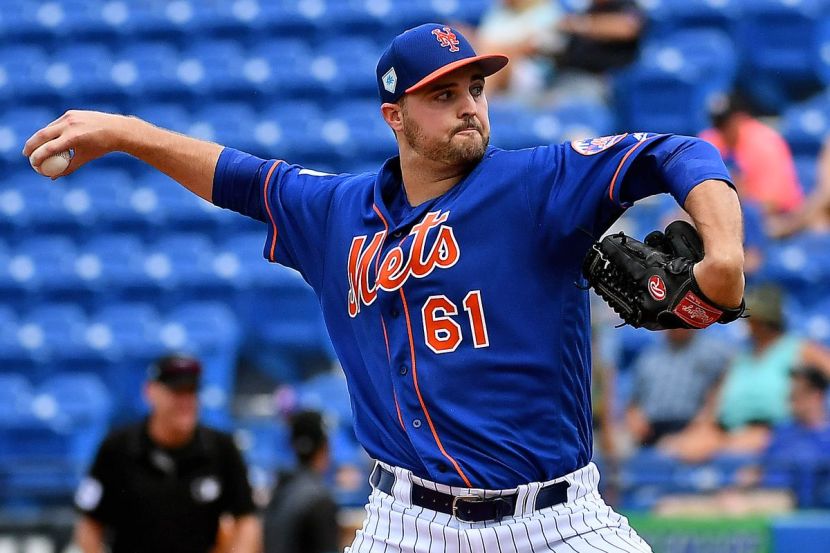 The 26-year old Lockett is best considered a fringe prospect due to his age at this point, however he is the most likely to make the Opening Day roster with the big league club. The right-hander had a cup of coffee with the Mets last season, sliding into four starts and making a handful of appearances out of the bullpen. He finished the season with an ugly 8.34 ERA over 22 2/3 innings, however he had an impressive start against the Giants back on June 20th when he allowed one run over five innings while filling in for an injured Zack Wheeler. Lockett seems like the most logical choice to slide into a long relief role for the Mets early in the season, as starters are not expected to go deep into games for the first month or so. Also if an injury occurs, Lockett may be one of the first pitchers to be called on within the organization to make starts. With his experience as both a starter and a reliever at the big league level, Lockett seems the most inclined to get a shot over the other pitchers on this list.

Fun Fact: On January 6, 2019, the Cleveland Indians had traded Walker Lockett and infielder Sam Haggerty to the Mets for catcher Kevin Plawecki. Plawecki signed a one-year deal with the Boston Red Sox this past offseason, and Haggerty was claimed off waivers by the Seattle Mariners this past offseason. 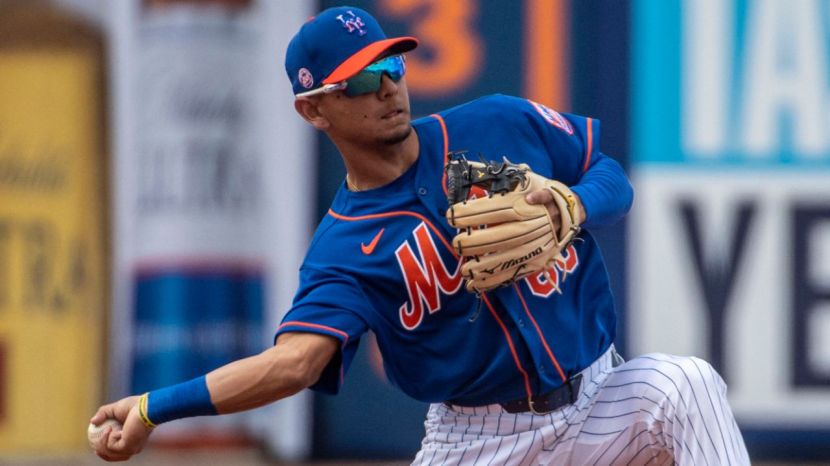 – Andres Gimenez – Infielder: Ranked #3 in the Mets system by MLB.com.

Gimenez is possibly the most ready position player in the Mets system, and who could possibly make an impact on the roster during the 2020 campaign. If the Mets don’t choose to carry three catchers on their bench or Jed Lowrie is still unavaliable to play, the biggest beneficiary could be Gimenez. The 21-year old Venezuelan has a glove that has been Major League ready for quite some time, however it’s his bat that the Mets have been patiently waiting to catch up, and it appears it may be ready. Last season, Gimenez had hit 276/.318/.444 with six home runs over his final 56 games at Double-A Binghamton after coming out of the gates slow in his first full season at that level. He also won the Arizona Fall League’s Batting Title this past fall after absolutley raking with a batting average of .371 and an OPS of .999, which widened the eyes of many in the Mets organization. Gimenez can pose a threat on the basepaths after swiping 28 bags last season, and he had a combined 38 stolen bases between Single-A St. Lucie and Double-A Binghamton in 2018. When it boils down to making a decision on the 21-year old, Gimenez can provide value for the Mets in late innings as a pinch runner and/or defensive replacement to fill out the bench on Opening Day.

Fun Fact: On July 2nd, 2015 the Mets had signed the 16-year old Venezuelan shortstop for $1.2 million. Gimenez was the 19th ranked international prospect by MLB Pipeline at the time of his signing. 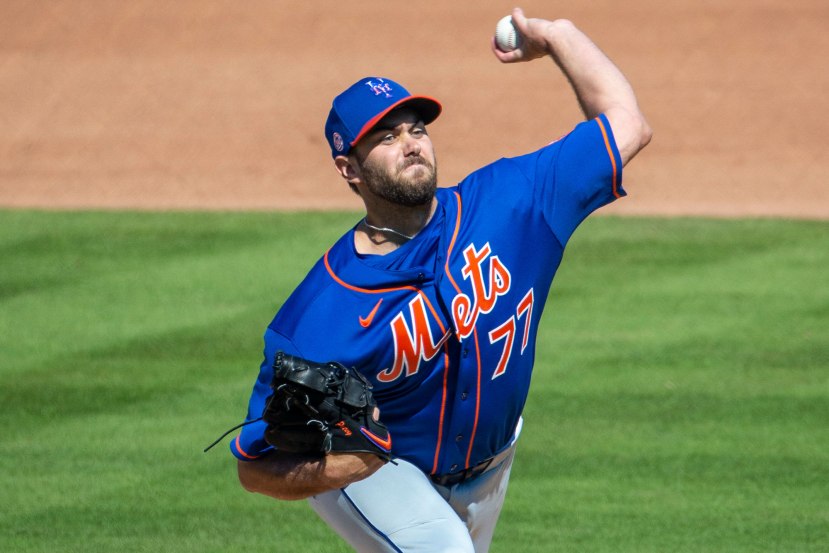 The former first round pick of the Mets back in 2017, Peterson has been climbing up the ladder to the big league club over the last couple of seasons since being drafted from the University of Oregon. Many expected the 6’6 left-hander to make his Major League debut at some point this season with the Mets prior to the announcement of a shortened season. While the odds of Peterson potentially making his Major League debut may be smaller than they were previously, I fully expect Peterson to be on the Mets taxi squad in order to continue his development this season. If a need should arise in the rotation, Peterson may be called upon as one of the first options internally. The 24-year old Peterson is a no non-sense strike-throwing machine, as evident by him averaging only 2.5 walks-per-nine innings since debuting in the minors. He also loves to induce ground balls with his nasty sinker and normally ranks among the Minor League Leaders in ground-ball rate. If Peterson is unable to make his debut this season, you can fully expect the 2021 campaign to be the year he is up with the big club.

Fun Fact: On March 3, 2017 Peterson had set an Oregon University school record with 17 strikeouts, breaking the previous record of 14 held by Tyler Anderson who is a pitcher with the San Francisco Giants. On April 29, 2017 he broke his own record after recording 20 strikeouts in a complete game shutout of Arizona State University. 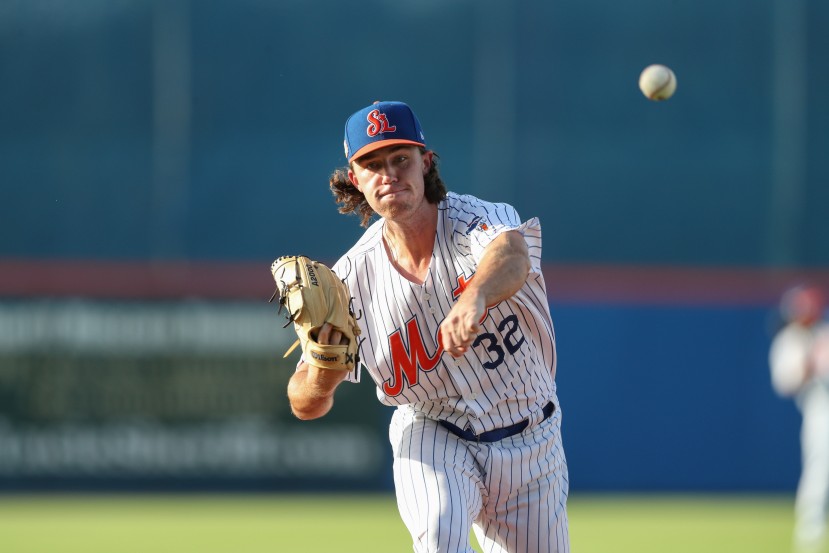 The 23-year old left-hander from the University of Georgia has been sneaking up on many people’s radar over the past couple of seasons, since being taken by the Mets in the 7th round of the 2018 MLB Draft. In 2018 with short-season Brooklyn, Smith had posted a 0.76 ERA over 23 2/3 innings with that success continuing into 2019 at both High-A St. Lucie and Double-A Binghamton. Last year Smith had posted a 3.45 ERA over 23 starts and 117 innings combined between both levels with 130 strikeouts. With Smith no longer taking many by surprise in the organization after receiving high praise in Spring Training, there may be a role avaliable for Smith either in the rotation in case of an injury, or in the bullpen due to his effectiveness against left-handed hitters. Last season left-handers only hit .207 against the southpaw, which could bode well for him if the Mets are looking for another left-handed pitcher to put in the Opening Day bullpen next to Justin Wilson. I would think however that Daniel Zamora may be the favorite for that role at this point. All in all keep an eye on Mr. Smith during Spring Training 2.0, because if he continues to show well in front of Mets brass, his ETA may be sooner than 2021.

Fun Fact: In Smith’s junior season at the University of Georgia, he spent both the beginning and the end of the season in the Bulldogs rotation. During the middle of the season he was used as the Bulldogs main weapon out of bullpen. He ultimately finished the season with a 8-1 record with a solid 3.69 ERA and 79 strikeouts in 63 1/3 innings. 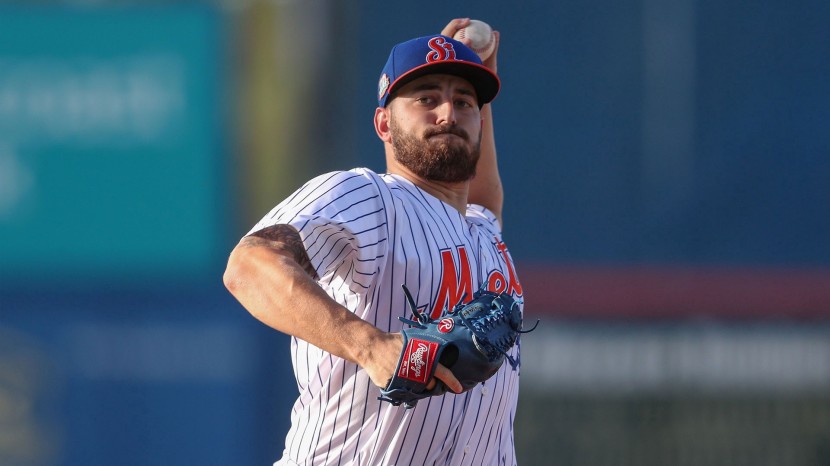 While more of a long shot to make his debut with the Mets this season, I included Szapucki on this list due to the pure stuff in his arsenal, and the fact that left-handed pitchers are always in demand at the big league level. The 24-year old finished last year in Double-A Binghamton after spending almost two years on the shelf due to Tommy John surgery and a shoulder impingement. With Szapucki being added to the 40-man roster in the offseason, he is a potential viable option for the Mets this season if they believe he is ready to contribute. While it has been a struggle for the southpaw to stay healthy, when he is on the mound nobody can downplay his dominance. In his Minor League career, hitters are only batting .199 against him with a great 1.10 WHIP to go along with it. Due to Szapucki only having 145 career Minor League innings to his name, that may be part of the reason I believe he could be a bit of a long shot to make his debut this season in comparison to others on this list. However I do believe he will be on the Mets taxi squad and if a left-hander is needed at some point this season his name will certainly be in the mix.

Fun Fact: Szapucki was drafted by the Mets in the 5th Round of the 2015 MLB Draft despite a strong commitment to attend the University of Florida, which led to Szapucki being avaliable much later in the draft than orginally anticipated. The Mets were able to get a deal done and the rest is history.