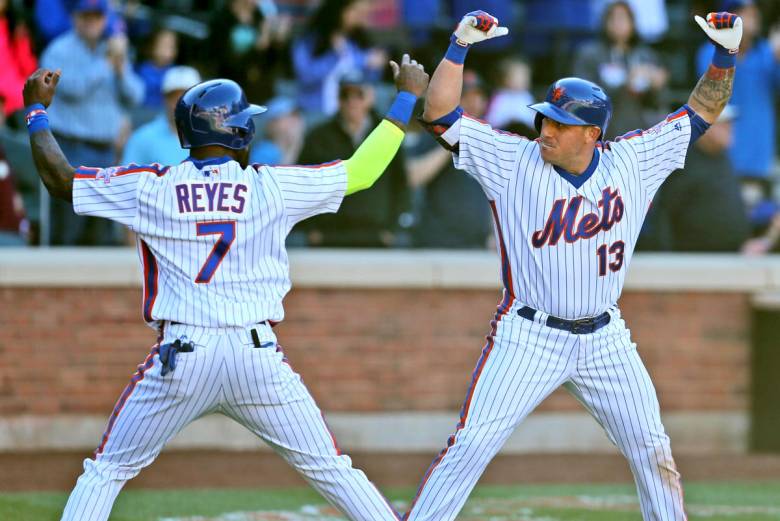 The New York Mets absolutely clobbered the Philadelphia Phillies yesterday afternoon by seventeen runs, in the biggest shutout in franchise history. It was more than a fitting end to the regular season finale at Citi Field and a strong statement by the team after the three previous games were filled with many peaks and valleys. The Mets finished their final ten-game homestand with a 6-4 record, and now hit the road to play their final six games of the season. There are expectations of a return to Citi Field however for at least one more game next week if the Mets play their cards right.

Both the St. Louis Cardinals and the San Francisco Giants lost their respective games giving the Mets a full game lead over the Giants for the first NL Wild Card spot. The Cardinals trail the Mets by a 1.5 games heading into the final week of the season. The Mets will head into Miami for three games while sending their three best rotation options to the mound (Colon, Syndergaard, Lugo), with the opportunity to seal a Wild Card birth, as well as home field for the play-in game. The Mets current magic number to clinch is five.

There will be much uncertantity however with how the Miami Marlins will look on the field over the next three games with the recent tragic passing of ace pitcher Jose Fernandez. Fernandez was scheduled to face the Mets tonight which makes the situation even more somber. In a fitting move, the Mets plan to honor Fernandez this series and hang a Fernandez jersey in the visiting dugout similar to yesterday’s game.

The Mets will enter the final week of the season on a roll after taking three of four from the Phillies in impressive fashion. They now face an opponent going through something unimaginable, followed by a Phillies team who showed fight against the Mets the first three games over the weekend. The odds are in the Mets favor based on their opponents record, but as we’ve seen with the Braves we can take nothing for granted over these final six games. I have all the confidence in the world this team will bring us at least one more game to Citi Field. One game at a time boys. Let’s go Mets!