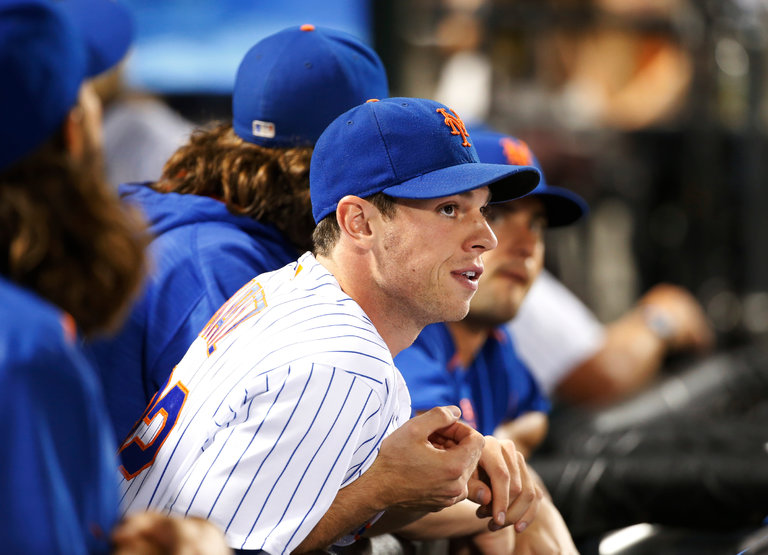 Steven Matz threw a 20-pitch bullpen session yesterday, and the expectation was he would take the mound for tomorrow evening’s game against the Philadelphia Phillies. That no longer will be the case as Matz reportedly had told trainers earlier today that his shoulder was sore, and was immediately scratched from his scheduled start.

At this point there is no timetable on when or if Matz will take the mound again for the Mets this season. Matz has not pitched since August 14 due to a shoulder strain and he has had difficulty making it back to the starting rotation. The 25-year old lefty is also dealing with a bone chip in his throwing elbow.

It may be in the Mets best interest to just shut Matz down for the rest of the season. He is already dealing with two injuries and there is no point in rushing him back if he is not healthy enough to pitch. The risk heavily outweighs the reward, especially this season with the way injuries have dismantled this team.The Mets were only counting on the rookie left-hander to throw around 50 pitches tomorrow night, which means he may be limited to a low pitch count if and when he returns. Collins has also already deemed Matz shoulder situation delicate, and there is no need to take any chances with him at this point in the season. Collins also stated that an arm strengthening program is needed this offseason for the young lefty.

Gabriel Ynoa will fill in as the starter for tomorrow night’s game after displaying a promising effort on Sunday afternoon in his first career start against the Minnesota Twins. I think the Mets and fans alike have already accepted the fact that the team will roll with the “Metsfits” (Seth Lugo and Robert Gsellman) if they make it to the NLDS. We may be looking at the second coming of the “Miracle Mets” if this team is able to put together any kind of postseason run.