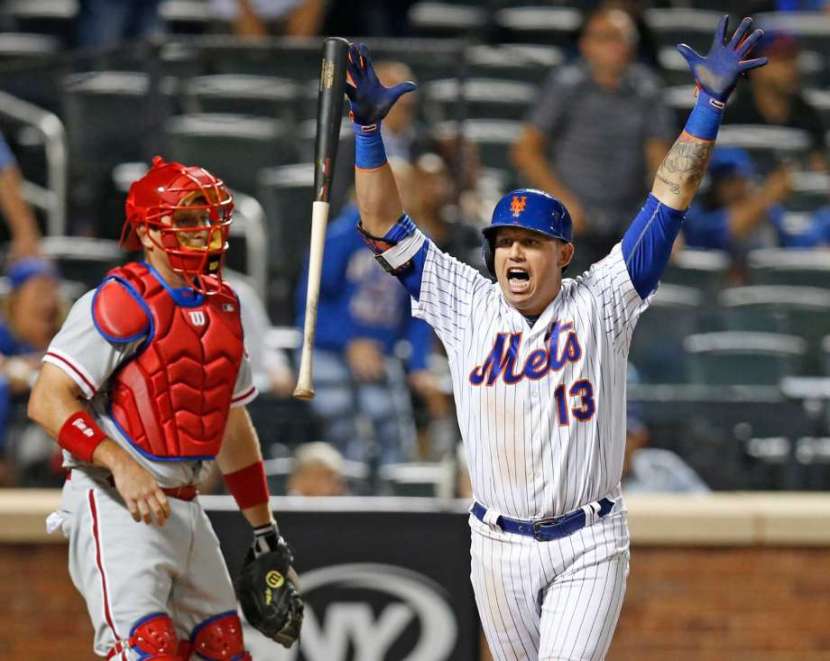 The Mets received their first victory of the season tonight when trailing after nine innings, which astonishingly pushed their record to 1-63. In what truly could go down as the craziest and greatest game of the 2016 season, the Mets very well may have just saved their own season with tonight’s victory. The Mets were two outs away in the bottom of the eleventh from headlines in the morning reading of another possible late September collapse, had they lost in heartbreaking fashion for the second night in a row. But a hanging slider by Phillies reliever Edubray Ramos to Cabrera, which sent a no-doubter into right field to send Citi Field into a frenzy was the difference between those stories being written tonight. Instead the stories being written, will be about another obstacle this 2016 team has overcome when the odds have been stacked against them.

I’m truly speechless as to what I just witnessed, as I have been on an emotional roller coaster over the past four hours watching the game. Sure there is plenty to be said about other factors of tonight’s game, but I’m just going to leave you with the video of Cabrera’s heroics below because quite frankly that’s all that matters tonight.