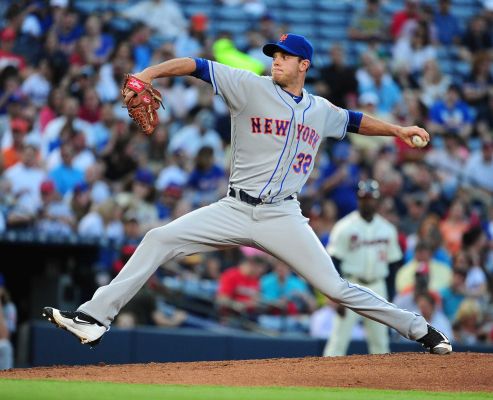 MEET THE MATZ: Steven Matz is 7-1 in his first 10 regular season starts and the Mets are 8-2…Matz’s seven wins are the most by any pitcher through their first 10 starts in club history…Has won a career-high three straight decisions …Over his last three starts, Matz has posted a 0.93 ERA (two earned runs/19.1 innings) while going 3-0…He has issued five walks and struck 21 during that stretch.

YO: Yoenis Cespedes has three homers and 11 RBI over his last six games and five home runs and 16 RBI over his last nine contests…Cespedes is tied for second in the majors with 25 RBI…His eight home runs are tied for the eighth-most in the majors…Connected on his 25th home run in his 77th game with the Mets to become the quickest player to hit 25 homers in team history.

METS VS. CHACIN: Jhoulys Chacin faces New York for the second time this season and for the seventh time in his career…Dropped an 8-2 decision to the Mets on 4/23 of this season, allowing four runs, three earned, over 5.2 innings…In his career against the Mets, Chacin is 1-3 with a 3.23 ERA in six games, five starts…Last beat the Mets on 8/21/12 at Citi Field, where he is 1-1 with a 1.93 ERA (3 ER/14.0 IP) in three games, two starts…Notable Mets hitters numbers against Chacin are provided below…