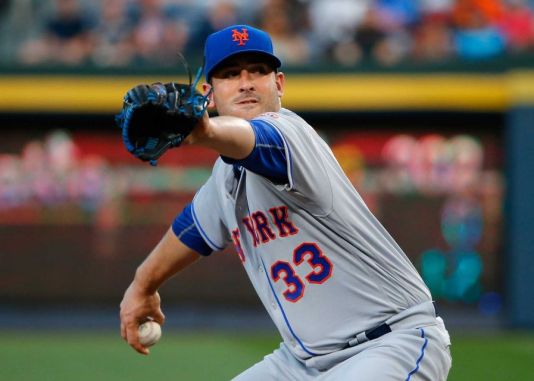 REDS-METS NOTES: New York has won 15 of the last 17 match- ups between the two clubs…The Mets clinched the 2015 NL East title in Cincinnati on September 26…The Mets are 7-1 vs. the Reds at Citi Field since 2014.

HOW SWEEP IT IS: New York has won the first two games of this series and will look for the sweep tonight…The Mets swept the Reds twice last year, once in a three-game series at Citi Field, June 26-28 and in a four-game series at Cincinnati, September 24-27…The Mets have won four straight series.

FIRST COMEBACK: The Mets recorded their first come-from-behind win of the year last night…New York had been only team without a comeback win in 2016…The Mets posted 40 come-from-behind victories in 2015.

CONFORTO CAN’T BE CONTAINED: Michael Conforto is hitting .390 (16-41) with 10 runs scored, six doubles, three home runs and eight RBI in his last 11 games…He has a .447 on-base percentage and a .756 slugging percentage during that span…According to ESPN Stats & Info, Conforto’s 30.6 percent hard-hit rate this season is the highest in the majors…Bryce Harper ranks second with a 28.8 percent rate.

THE DARK KNIGHT: Earned his first win of the season in his last start on April 22 at Atlanta and snapped a career-high four-game losing streak dating to October 3, 2015..Has made four career starts against the Reds…Is 2-0 with a 2.36 ERA (seven earned runs/26.2 innings)…Struck out 23 and walked six…His two wins against Cincinnati are the most for him against any National League Central division opponent.

WALKER AROUND THE BASES: Neil Walker has seven home runs over his last 11 games…Walker’s eight home runs are the most he’s ever hit in any calendar month…Walker is tied for second in the majors with his eight long balls…Only Bryce Harper (nine) has more.

BEWARE OF BRANDON: Brandon Phillips has hit safely in each of his 33 career road games vs the Mets (45-131, .344), including all 23 of his appearances at Citi Field (29-96, .302) and all 10 of his appearances at Shea Stadium (16-35, .457)…is the longest hitting streak by any player at this ballpark and the longest road hitting streak for any player against any opponent since Joe Medwick got at least 1 hit in 46 road games against the Brooklyn Dodgers from 1933-1937 courtesy of Elias Sports Bureau…Has a career line of .309/.354/.515 11 HR’s 48 RBI in 66 career games against the Mets…Phillips .BA, OBP, & SLG%, against the Mets is his highest against any National League opponent besides the Reds…His OPS of .870 against the Mets is highest against any NL opponent besides the Reds.

METS VS. MOSCOT: The Mets have never faced the 24-year old right-hander, and no player on the current 25-man roster has a plate appearance against Moscot.