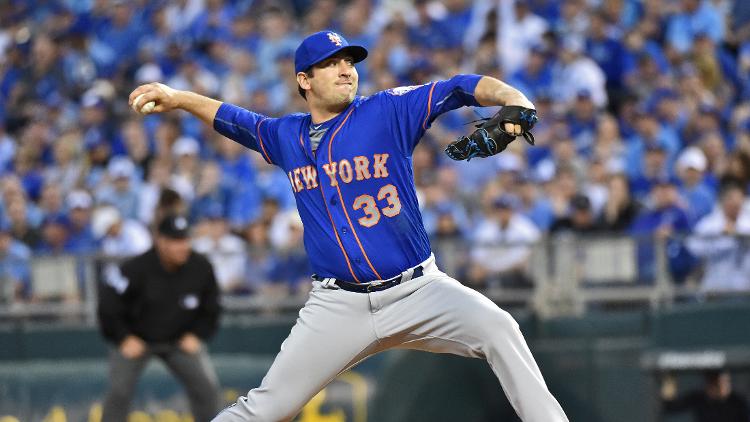 The New York Mets (0-1) fell short tonight against the Kansas City Royals (1-0) at Kauffman Stadium by the final score of 4-3. For a full boxscore recap follow the link below…

This game reminded me of all of the other games the Mets had played against the Royals during last season’s World Series. The Royals did not do anything spectacular to beat the Mets, but they jumped on opportunities, including Cespedes costly dropped fly ball, ran the bases aggressively, slapped the ball where the Mets weren’t positioned, and played great defense. Royals starter Edinson Volquez had stymied the Mets offense tonight as they could not get anything going against him during his six innings pitched. There were times he would get wild and it seemed like his mechanics would get out of whack, but when he was throwing the ball over the plate, the Mets had no answer. The Mets ultimately had a 3-run rally in the top of the 8th off reliever Joakim Soria, but had fallen short with runners on first and second, when the Royals brought in reliever Luke Hochevar to put out the fire, and he struck Asdrubal Cabrera out swinging. In the top of 9th the Mets produced runners on first and third base with one out against closer Wade Davis, only to have David Wright and Yoenis Cespedes both strike out to end the game. Cespedes arguably had the roughest night of all Mets as his lackadaisical attempt on a dropped fly ball that led to a run, and his inability to come through in the 9th will be talked about by the media until Tuesday. The good news is this is only the first game of the season, and I enjoyed watching the Mets offense come to life later in the game. The Mets will play an exciting brand of baseball I believe this season, and it was a tough hand they were dealt tonight, especially playing in a emotionally charged atmosphere. I will not jump to any negative conclusions after one single game, but it does go to show the Mets if they want to win it all, every play and every little detail matters. As for the Royals, they seem to have not missed a beat with their style of play and Tuesday will provide another difficult matchup for the Mets, especially with a high emotion ring ceremony planned before first pitch.