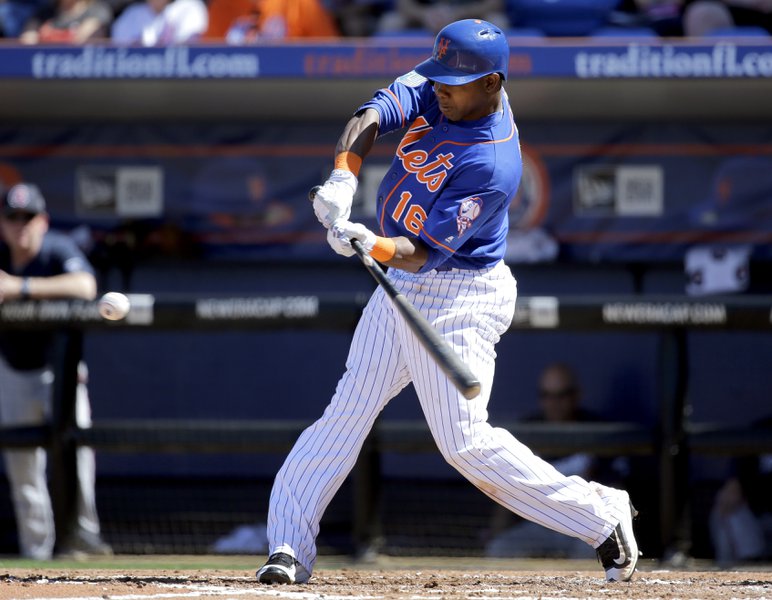 The Houston Astros defeated the New York Mets this afternoon by the final score of 8-5 at Tradition Field. For a full box score recap follow the link below…

Matt Harvey was not himself all game as he struggled with command and labored through three innings, while throwing 85 pitches. It was the not the kind of start Harvey was looking for as he was probably looking to throw 90 pitches over six innings today. Harvey threw a few more pitches in the bullpen after he was taken out and still was unsatisfied with the way the ball was coming out today. Manager Terry Collins and Harvey both acknowledged there are some things he needs to correct while watching film tomorrow, so look for Harvey who has some of the best command in the game, to correct those mistakes his next time out. The good news is Harvey feels fine and his outing had nothing to do with his health. Yoenis Cespedes allowed an inside the park home run this afternoon after he failed to grab a ball that looked like it was wedged underneath the center field wall. Cespedes immediately put his hands up calling for a ground-rule double after the ball rolled underneath the wall as he believed the ball was lodged. Second base umpire C.B. Bucknor immediately ran out to Cespedes and claimed the ball was not wedged and he swatted the ball out from under the wall as Cespedes stared at it. Cespedes believed the ball had been wedged in the wall when asked by reporters after the game and Terry Collins defended him in his postgame news conference as well.  I provided the video below, as this play is sure to make it’s rounds around the media tonight, and many Cespedes critics are sure to use this play as another strike against his defense. The Mets have now lost seven in a row but no World Series is won in March. Many of the players seem to be getting into a groove and come next week this team should hit the ground running as Grapefruit League action wraps up.

“The ball fell under the fence,” Cespedes said through an interpreter. “It got wedged in there. For me, I couldn’t grab that. I thought that should have followed the ground rule and should have just been the double. He said, ‘You should be able to grab that.’ I said, ‘Of course I could grab that — if I stick my hand in there and pull it out, yes, I guess I could grab it.’ He stuck his hand in there and pulled it out. I could have done that as well. I just didn’t think that was what I needed to do.”