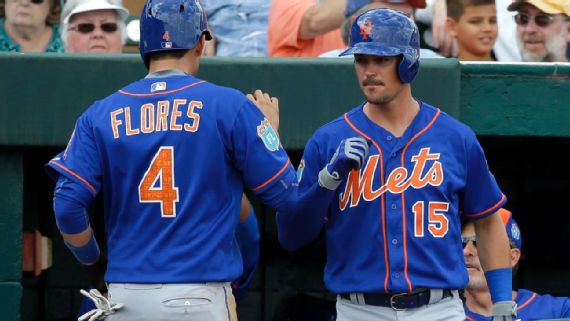 The Detroit Tigers defeated the New York Mets this afternoon by the final score of 9-2. For a full box score recap follow the link below…

Wilmer Flores had a great day at the plate and seems to have sky high confidence in his abilities right now. Flores is going to be a big part of this team’s success this season, and the start he has gotten off to only helps his confidence and the team’s confidence in him as well. Flores is hitting an astounding .556 this spring. Matt Reynolds did not have the best day in the field as he committed an error and had double clutched on a ground ball hit by Justin Upton in the fourth that allowed a run to score, as Upton was ruled safe at first. It’s not the kind of showing Reynolds wants to have as he is battling for a roster spot with Asdrubal Cabrera on the shelf. Seth Lugo worked out of trouble and came out unscathed in the 2nd inning when the bases were loaded due to a Matt Reynolds error, and a walk. Lugo may be called upon from AAA this season to help out when a need arises with the big league club, due to the success he has had this spring. Hansel Robles got burned by a 2-run homer by J.D. Martinez in the bottom of the fifth. Robles has had a good spring so far, so view this outing as just a blip at this point.